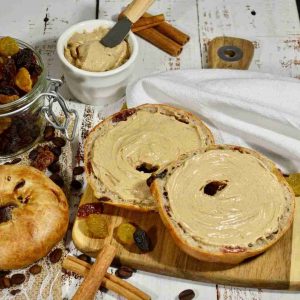 Looking for more raisin inspired recipes? Check out awesome fellow foodie waffles with cream. We teamed up to collab on creating our own recipes inspired by raisins and she created a fantastic raisin bread for you all ❤️

I’ve seen this idea of Greek yogurt bagels flying around social media for a while. I couldn’t resist trying them any longer and decided to put my own spin on them with cinnamon and raisins plus a yummy Starbucks cinnamon dolce inspired spread 😋

In a medium bowl mix your flour, salt, cinnamon, and baking powder whisking to combine. Add in your yogurt and raisins using a spatula or your hands to fully blend everything together until a sticky dough forms. Pour out onto a floured surface and knead together until the dough is no longer sticky.

Split into 2 equal size balls. Roll each ball out into a long snake shape. Attach the two ends of the snake to create a bagel. Roll the ends together to seal the seam and set aside. In a small bowl whisk together your egg and water. Brush your bagels with the egg wash. Place in your air fryer and cook at 350°f for 10-15 minutes or until golden brown. Remove from the air fryer and allow to cool.

This is an example pop-up that you can make using jQuery. 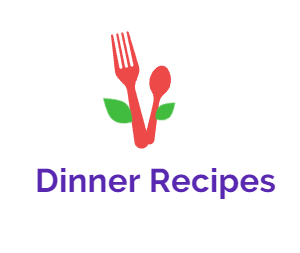 we have a lot of delicious, healthy, family-friendly cooking recipes at my website. You can try to cook these recipes. They are also low budget. When you try you see that it is so easy and you can cook these delicious meals in less than 30 minutes. 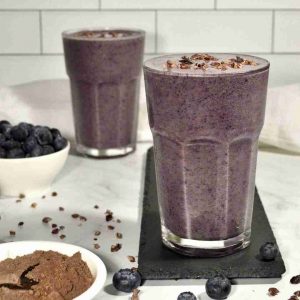